Question: How and why did you start swinging?

People swing for many reasons, what are your reasons and how did you start? [More Aswers..]

Answer Title: Why and how we got into the swinging lifestyle and wife swapping (and now Hot Wife too). 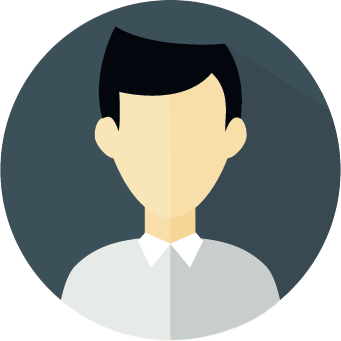 We are quiet new to swinging, however around 2 years ago we had been together for nearly 21 years. Things with us were still great, still love each other and the sex was still good. We have always been very combatable with each other and secure in our feelings.

Jon had mentioned swinging in the past and a few months prior to us starting swinging we had joined a well known swingers site, mainly just to look around and out of curiosity.
At the time we were trying to spice things up a little, with a few rude photos of Marianne (mostly outdoor flashing or public photos for a little excitement J), push a few boundaries, “different sex”, sex in different places, afternoons in bed and sexy things we had not tried before.

The decision to try swinging was made while we were relaxing on a holiday in Lanzarote one day.
We were having a conversation (while naked in the private swimming pool) about 2 good friends, who were soft swingers and also about our lack of like mined friends within our own social life.
We wondered if swinging may be a great way of having sexy fun and also making some like minded friends that we could freely express our “rudeness” with.
At the time neither of us knew how we would feel about swinging and sex with other people; If we would be able to cope with this or if either of us would feel jealous. However, we thought we would be OK, so decided “there is only one way to find out!”.
So the decision was made and we set out some rules that if either of us didn’t like “it” for ANY reason we would never do it again and would just put it all down to an experience we had together.

When we returned to the UK we updated our swingers profile on the website that we had previously joined, to include what we were hoping to get from swinging and the type of people we wanted to meet.
The enquiries came in! People wanted to meet us. This made us excited but also very nervous as we had no idea what to expect or how things would go, but none the less, we arranged a few quiet drink meetings on a get to know each other basis.

Over the next month, we met several very nice couples (apart from one couple... but that’s another story!) and we all had a great time socialising, drinking and eating a little food. The conversations were a little rude, some flirting went on, but owing to our nerves and not daring or knowing how to move things on, that was as far as it got.

It was around our fourth meeting that we had arranged “another get to know each other drink” but this time it was located around 40 miles away from where we lived; So we had checked into a local hotel for the night and arranged to meet this new couple in the hotel bar later that evening.
When they arrived were pleasantly surprised. They were a little younger than us, he was just Marianne’s type and she was also just Jon’s type (pretty with big tits). We got on very well, had a few drinks, a meal in the hotel restaurant; And before we knew it the bar was taking last orders...
It was at that point it was suggested why don’t we take our last drinks to our hotel room... Marianne thought it would be just that “a drink in our room and nothing more”, Jon thought “it may be more”. Either way we were both VERY nervous!

We proceeded to our room, sat down for our drinks, chatted, laughed and before we knew it we were all naked!
We (Jon & Marianne) still didn’t really know what to do, so started off with our own partners and a little oral sex that soon lead to a little fucking, but still with our own partners.
The other couple were much more experienced than we were and of course a lot less nervous, so their hands had already started to wander towards our naked bodies and this prompted our hands to also wander a little too!
We could both see that each other were getting very excited, we were now more relaxed and our hands were now wantingly grabbing towards each other’s partners!
The positions that we were all in made it an ideal opportunity for both men to give each lady a little (or a lot!) of oral sex, so Jon suggested cautiously “lets swap” and all happily obliged. This was great at relaxing us and after a little licking, which both ladies were clearly enjoying, all the nerves had gone, Marianne was now in “I’m going to cum mode” and so was the other lady. The other hotel guests must have been wondering what on earth was going on next door, but we didn’t notice at this point!

Things were now feeling natural, the other man had put on a condom and as Jon looked up (from between a pair of great legs) saw for the first time Marianne clearly getting a good pounding by a rather large and fat cock! She was loving it, and strangely to us Jon found this a great turn on too! (he thinks he liked it, as Marianne was visibly enjoying it!).
Before we both knew it, there were legs and arms everywhere, the fucking had now become as natural as it was for us alone and either partner were having (straight) sex with whoever was closer.

Sometime later and a few orgasms later for the ladies, we all seemed to “finish” at around the same time, ended up all lying on the bed naked trying to catch our breath, chuckling away with each other and with the standard small talk...
We (Jon & Marianne) took a few looks at each other to see if we were both OK, both of us trying not to smile like the Cheshire cat, just in case the other was not feeling the same...

Soon the other couple cleaned up, got dresses, hugged and kissed us good bye and off they went, leaving us free to talk about “what just happened”.
We asked each other “did you like that” and we both answered very cautiously “yeah...”. Hearing that we were both happy and that neither of us were going to go into a fit of jealous rage, the Cheshire cat smile extended across both our faces!
Strangely, as we both thought there would be at least some jealousy feelings to cope with afterwards, there was NO jealously feelings at all for either of us. In a way it felt like we had just had great sex together and kind of overlooking that we had both just been fucking other people.
Still naked, we talked for a while, finished our drinks from earlier, one thing lead to another and before we knew it, we were fucking again....
The next morning we went for breakfast, still with the Cheshire Cat grin and at some point asked each other “So? Should we do that again?”.... and the rest is history! We went back to the room for more sex!

To sum up the sex side of swinging for us and to explain the lack of any jealousy (no offence is meant to any of the great people we chose to swing with). We don’t see it as cheating in anyway, it is all just fun, enjoyment and the “other people” are basically nothing more than our “interactive sex toys” for the night, that form part of our own private sex life.
That they are all great, open minded people and often with good looks too, many have become really good friends that we socialise with (with or without sex), is a bonus.
So both sides of swinging is great for us.